CHARLOTTE, NORTH CAROLINA – 74,479 people in Charlotte-the biggest crowd in MLS history-witnessed something special on Saturday night. Unfortunately for them, it wasn’t a win by their home expansion side Charlotte FC, but an Efrain Alvarez golazo from about 30 yards out that ruined the sell-out crowd’s party and won the game for the Los Angeles Galaxy 1-0.

But the Galaxy had to work to get their goal and the win. Los Angeles successfully navigated the emotionally charged atmosphere at Bank of America Stadium and established dominance early by controlling the midfield. And although they outshot Charlotte 15 to 1 before halftime, they couldn’t find the breakthrough.

Frequent forays forward by Galaxy left-back Raheem Edwards, who continued his fine start with L.A., almost produced a goal early in the first half but was blocked twice in succession.

16 minutes in, Victor Vasquez lined up a shot from 30 yards out that hit the post in a preview of what was to come. Charlotte keeper Kristijan Kahlina kept the score level after Javier “Chicharito” Hernández forced him into two good saves. Kahlina finished with five stops in the loss.

The second half would see more Galaxy futility at scoring the opener and a drop in intensity until Alvarez’s introduction on 69 minutes.

His entrance gave the Galaxy more creativity, and he served up a beautiful back post cross to Chicharito that also should have ended up in the back of the net a few moments later.

It would only take Alvarez eight more minutes on the field to settle the game and take all three points for the Galaxy. He would collect a pass from Edwards on the left channel and take the ball in stride. After a few paces, sensing that no one from Charlotte FC had stepped up to close him down, he struck a curling left-footed shot that kissed the upper crossbar and settled into the left side of the net.

While enjoying the role of spoiler, Alvarez would bring his finger to his lips in the famous “shushing” gesture as pretty much everyone in attendance complied with his order. The rest of the match was a formality, as the Galaxy improved to 2-0 on the season with two straight shutouts.

“He’s a super talented player. There’s no question. And his left foot is like a magician’s wand. He’s clever. He got into good spots,” Vanney said of the Galaxy Homegrown player that Zlatan Ibrahimović once called the best player in MLS.

“His vision and his awareness, his eye for the pass… and on that particular situation, it was almost like a pass, cross, shot. He just kind of picked out the corner and floated it in there beautifully.”

Alvarez professed himself to be happy and could help the team. Footballing greats like Zlatan tipped the fourth-year Galaxy midfielder for years as a player to watch. He’s had moments of brilliance, highlighted by his two other game-winning goals for the Galaxy, but hasn’t earned the starting number 10 role in Vanney’s lineup yet. However, after two good appearances off the bench, this might be the year he makes the spot his.

As a player, along with the rest of my teammates [coming off the bench], we always try to come and give the team a little bit of a push, something that’s missing. Obviously, the players from the bench could see a little bit more of what’s missing, so from my perspective, I just try to go on and do my stuff. I try to help the team the most I can and thank God the past two games I’ve been able to [contribute],” Alvarez confessed.

With his ability to find space, play the inch-perfect final ball or score classy goals, Alvarez is the Galaxy’s long-term hope as their long-term attacking midfielder.

His continued good performances might force Vanney’s hand to give him the keys to the Galaxy’s attack.

And Saturday night, Alvarez might have deprived the home team a win, but he sure gave them something to talk about and potentially saw the day he became the Galaxy’s number 10. Years from now, people will remember two things from today, a wild, well-attended raucous party in Charlotte and Alvarez’s goal. 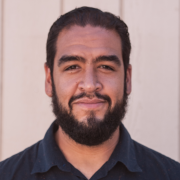