Los Angeles FC have used the No.1 spot in the MLS Waiver Order to sign teenage defender Julian Gaines from USL side Las Vegas Lights, the club announced on Thursday.

The Black and Gold traded $50,000 in General Allocation Money (GAM) and the No.21 spot in the MLS Waiver Order from Toronto FC to acquire the No.1 spot, allowing them to sign Gaines.

The 18-year-old, capable of playing both right-back and right wing-back, is a product of the Barca Residency Academy in Arizona, joining them in 2019. Gaines is also capped at under-15 and under-17 levels for the United States and made 12 appearances in USL for Las Vegas Lights this season, scoring once. His Las Vegas contract was terminated prior to signing an MLS deal.

“Julian is a talented and exciting young player who has played well with Las Vegas,” said LAFC co-president and general manager John Thorrington in a club statement. “We are looking forward to continuing to work with him at LAFC as he continues to develop as a person and a player.”

Following this move, LAFC will now go back to the bottom of the MLS Waiver Order list.

Despite being tipped among the MLS Cup and Supporters’ Shield favourites, LAFC are enduring a tough 2021 campaign.

The Black and Gold are currently on a six-game winless run, losing four and drawing twice, which has seen them drop to eighth in the Western Conference, below the playoff line.

Bob Bradley’s men travel to the Vancouver Whitecaps this weekend before an MLS Rivalry Week clash with the LA Galaxy the following Sunday. 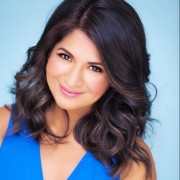 Thriller Against Union Ends in a 3-3 Draw for LAFC