The Los Angeles Kings started the free agency with a whimper and it probably won’t change a thing, despite some much-needed improvement to the roster this season.

With little room to maneuver, due to the salary cap, the Kings can do little to improve on their 2nd worst finish in the NHL from last season.

The Kings said as much through their online insider Jon Rosen before the start of free agency.

By the end of Monday, the only move the Kings had made so far was for roster depth and asset management.

The Kings signed defensemen Joakin Ryan to a one year contract for around 750K. Ryan spent last season with the San Jose Sharks, appearing in 44 games and 20 postseason games.

The 26-year-old Ryan was originally drafted by the Sharks in 2012 and has spent his entire career with the organization.

The Kings other free agent signing was forward Martin Frk. The Kings signed Frk to a two way contract worth 700K. Frk spent last year with the Detroit Red Wings organization, playing 30 games in the NHL and 13 games with the Red Wings AHL affiliate the Grand Rapids Griffins.

Frk was also drafted in 2012 and has spent time with both the Red Wings and the Carolina Hurricanes. Frk’s two-way contract allows the Kings to send him down to Ontario for roster management purposes.

That was it for the Kings on the first day. And with little chatter about moving players through a trade, it is doubtful that the Kings make will any major moves before the start of the season.

With the organization looking to improve within, it is more likely that the Kings are hoping that prospects develop into everyday players and their veterans play better than last year.

If you have a foreboding feeling, that is because reality is sinking in. The Kings will not use the free agency period to improve, they don’t have the players to improve and their prospects are not ready to make the leap to the next level.

All of this translates into more probable losses and more lottery drafts, which means that it is looking like it will be a long tough summer the Kings. 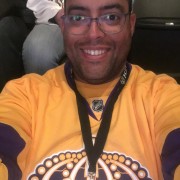